Adorable Jennette McCurdy Hangs Out At The Beach.

I like Jennette McCurdy. I’m surprised she hasn’t had more success that she has. She’s not the best actress to ever take up the profession but she’s certainly capable of holding her own with many of her contemporaries and, unlike the masses apparently, I really enjoyed her foray into country music. That really should say something considering I’m not really a fan of the genre. In these photos from Maui, Hawaii, Jennette looks just as adorable as ever and she looks like she’s having a great time on the beach. I don’t really know what’s in store for her next but I hope it’s nothing but wonderful things. I think she could really surprise a lot of people if she’s given the right role and a chance to shine. 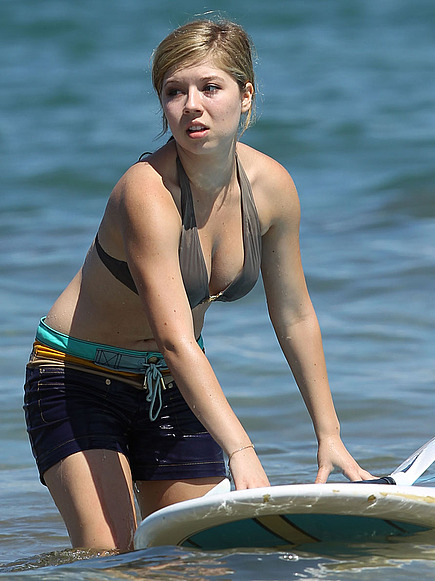