Pixie Lott is just adorable. I think I say that every time I write about her, but it’s the truth. She might not be super sexy like many of the other popstars out there, but she has this sort of sugary sweetness about her that helps her stand out from the pack. With that said, I’m not really feeling the outfit she chose to perform in at the Isle Of Wight Festival. I’ve never been a big fan of high-waisted shorts. I just don’t really find them all that flattering – no matter who’s wearing them. Somehow though, Pixie managed to pull the look off – shorts aside. I know a lot of folks are going to disagree with me on this one, but I actually really like the braid headband sort of thing she’s sporting. It’s very Pixie. I like this girl. She might not make the most amazing music ever recorded, but it’s fun and so is she. 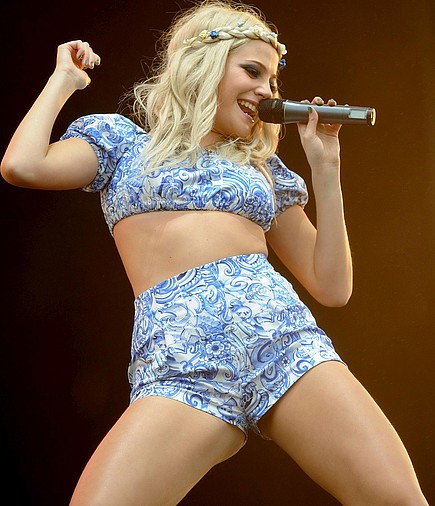