There are some people that say Halloween is nothing but an excuse for women to dress like sluts and not get called sluts for it. From sexy angels, sexy devils, sexy nurses and sexy pretty much everything else, Halloween is far more sex than scare these days. It seems no different for Alyson Michalka at the Helloween bash she attended but it works for her. There any many people I would not want to see in the getup she’s wearing here. Thankfully, it was Aly that wore it and the world is a sexier place for it. Judging from the women in there pictures, Aly wasn’t the only one that bought into the sexy rule. I dressed in plastic wrap and duct tape and went as one of Dexter Morgan’s victims – complete with fake blood cheek slash. Just putting that out there. 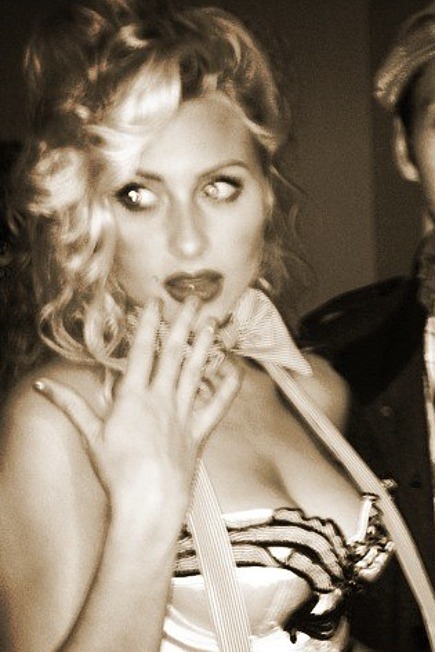