The sucessful actress, singer, and voice actor Amanda Bynes’ was spotted on her tiny denim shorts showing her sexy, shapely, and long legs. Amanda was very casual on these photos looking so cute and fresh with her white tank tops. However, the gray cardigan or blazer looks destructing. I suppose she would look sexier without that gray outer garment. Anyway, she is still our one hot celebrity whom has ranked 5th as the highest paid celebrity under 21 on the Forbes list in 2007 earning $2.5 million. Nickelodeon big fans must have known Amanda as she appeared on several Nickelodeon’s successful television series. 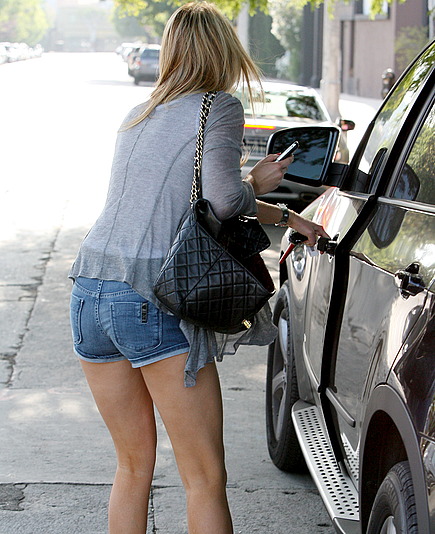