Amanda Harrington On Set In Liverpool

I’m sad to admit this, but I have no idea who Amanda Harrington is. The information accompanying these pictures says they were taken on the set of Desperate Housewives in Liverpool, England. I had found that lovely Amanda is from Liverpool but I’m not sure about the Desperate Housewives part. Perhaps there’s a different “Desperate Housewives” I’m not familiar with or perhaps the ladies of Wysteria Lane have traveled to England. I have no idea. I haven’t watched the show since the end of the first season. All the same, here’s Amanda Harrington looking stunning in workout gear. According to Chickipedia, Amanda is a model and television personality. I want to know more about her. She’s quite lovely. 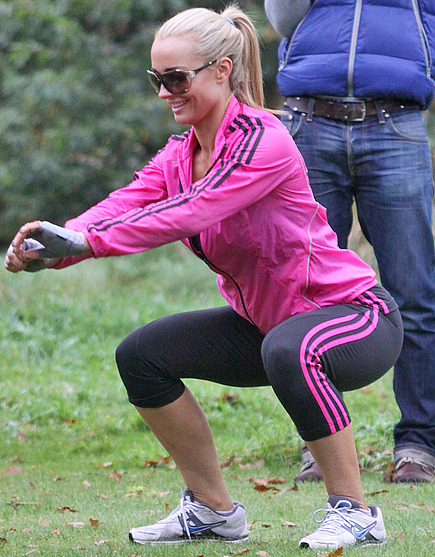