Amanda Righetti has certainly been garnering a lot of interest with her latest spate of appearances. This multi faceted celeb is an American actress who wears a producers tag too. You’ll know her if you’re a fan of the television series, “The Mentalist.’ Her free flowing green dress is certainly a good choice and her fondness for pets makes this picture more exciting than ever. So while she’s enjoying a popular tv debut, she’s also busy at the Gifting Suite at Zune LA, hosted by Usana health Science. Here’s another hottie that most will be waiting to get a better view of, especially if it was the big screen. 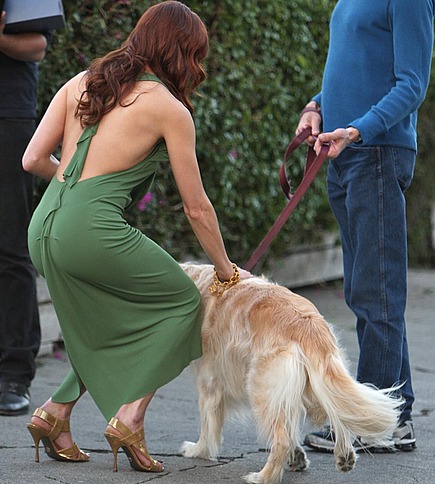