Some exclusive pictures were released of the popular British singer Amy Winehouse leaving the ‘Fishworks’ restaurant in central London. The great thing about her looks was that she was totally in a refreshing outfit. She was looking better than ever with her new looks. Amy has been spending a lot of time out of the media in trying to be a good human being. Her face was so clean and refreshing along with a black and pink jacket and pants. The hairstyle also was so cool in dark and gold shades. She was out of the buzz because of a drug problem. 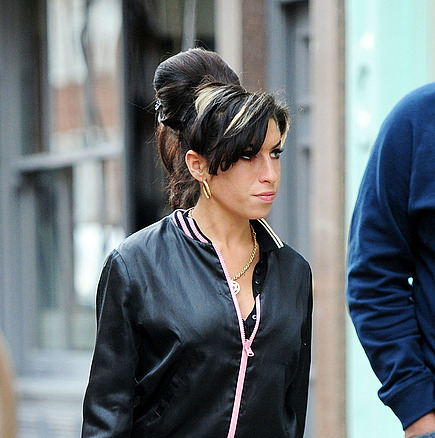