Well I’ve met a lot of people raving about Ana Ivanovic, but I’m in 2 minds. Is it just a foreign fascination or is she really that great. The latest in regards to Ana Ivanovic was her presence at the Indian Wells tennis open, and I can’t say she looked her best. It was more like a purple drape on her rather than sexy tennis apparel that everyone’s expecting for this new season. Truly speaking what sort of a design would that qualify as, with so much gathering ad is it really an intelligent thing to wear when fighting it out at competitive sporting events. Let’s just wait and see what dominates the courts, the shots or the overbearing purple dress. 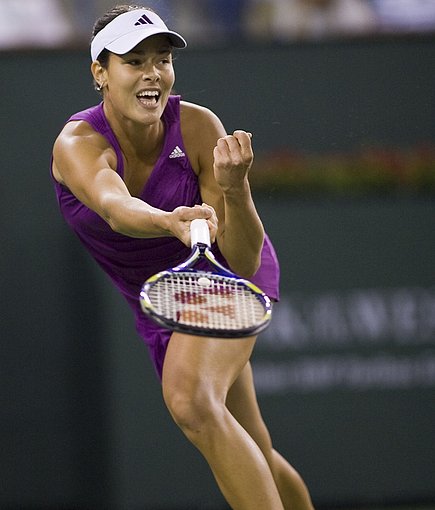