When it comes to tennis, you can’t keep a tennis star away, and that’s why it comes as no surprise that the Sony Ericsson Open was graced with their presence. They seemed to be quite happy and were quite in the game. The pictures came a lot later because anyone watching the game live did see them cheering on. I’m not sure whether they were backing Del Potro or Nadal but they sure did have a lot of fun. Of course they were seen cuddling to each other. Obviously it’s been a while we’ve seen Anna set foot on a professional tour but nevertheless we love just her sheer presence. 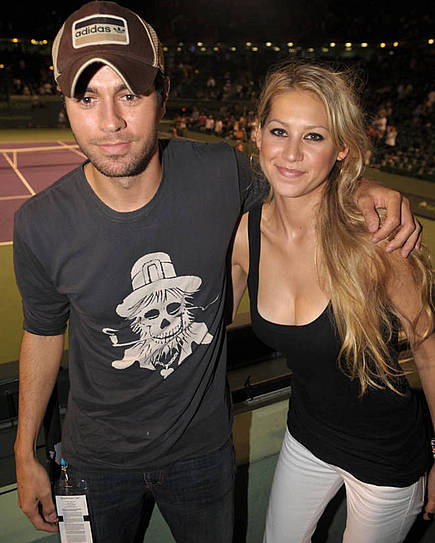