Anna Kournikova Rocks Out At Her Man’s Concert.

I have to admit, I’m not a huge Enrique Iglesias fan. I like him as a celebrity. He seems to have a great personality but his music just isn’t my cup of tea. I did like his short guest stint on ‘How I Met Your Mother’ though. Anyway, that’s really beside the point, isn’t it? We’re here to talk about Anna Kournikova, whom I believe is one of the sexiest female athletes of all time and that belief is only reinforced by these photos of her at Enrique’s concert in Miami. Anna is a stunner and Enrique is a lucky, lucky man. I have to admit I really thought these two would have gone their separate ways by now. It’s fantastic to see they’re still going strong. Sometimes it’s great to be wrong. 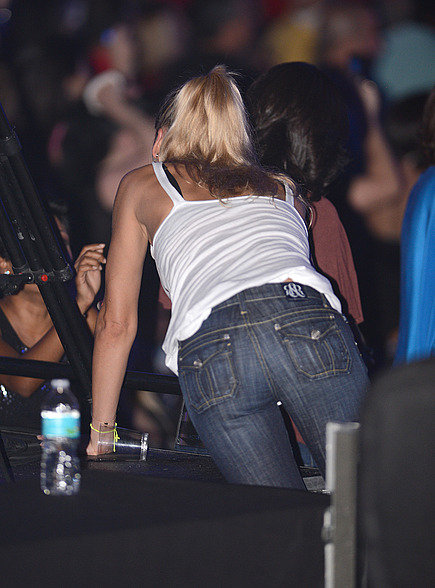