Anna Kournikova has landed another lucrative fashion modelling contract with Kswiss. This picture spread showed her in a variety of poses. This included channelling her inner childhood and lying on a play bed of virginal white balls. Kournikova looked alluring as she played her role to the hilt. Bubbles, balls, nets and racket are an interesting combination. Look how she romps in them! Meanwhile in Kournikova’s private life, she was rumoured to be still dating Enrique Iglesias. Iglesias claimed he was faithful to Kournikova and laughed off the rumors about being bothered by the state of limbo in his relationship with her. 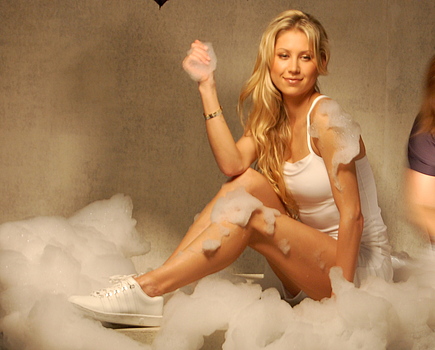