AnnaLynne McCord, the Hollywood actress known for playing a good variety of vixen type roles in many of her movies has appeared on many TV series as well. The actress had been initially dating actor Kellan Lutz. At the Celebrity super bowl that was held recently in Miami, many celebrities including Kellan Lutz were seen. Lutz appeared in the super bowl with celebrities like Taylor Lautner. AnnaLynne McCord was spotted at the Miami super bowl too. Anna made a glamorous appearance in a wonderful bright blue outfit. The so-called separated couples were seen staying together at the same hotel and the two were looking very romantic at the poolside of the hotel. 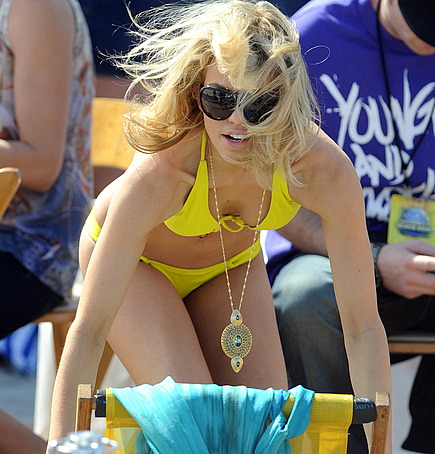