AnnaLynne McCord wore her strapless, itsy bitsy, red and white polka dotted bikini on the set of 90210. McCord looked every inch the sexy bikini babe of every guy’s dream. The crew and watchers who were hoping for a wardrobe malfunction were disappointed. Instead, McCord’s wardrobe disaster happened when she was wearing a sun dress. The flimsy top slipped down while she was running in one scene and exposed her boobs. There was no word yet on what McCord had to say about her wardrobe malfunction. 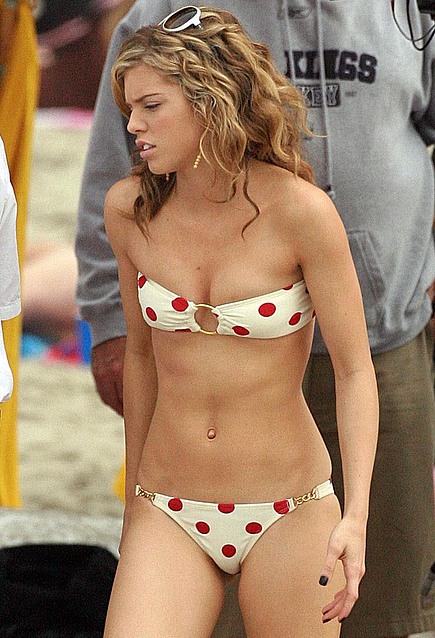