AnnaLynne McCord wore a daring, backless dress at the movie premiere of “Fired Up”. McCord was careful not to have any wardrobe malfunctions or she used tape liberally. I’d say hats off to her for pulling a successful one without any major mishap. “Fired Up” is about two male teens who spend their summer at cheerleading camp instead of football camp. They did not want to appear shallow by revealing their intentions of being in the company of beautiful, young girls. Watch how they handle themselves in the movie! 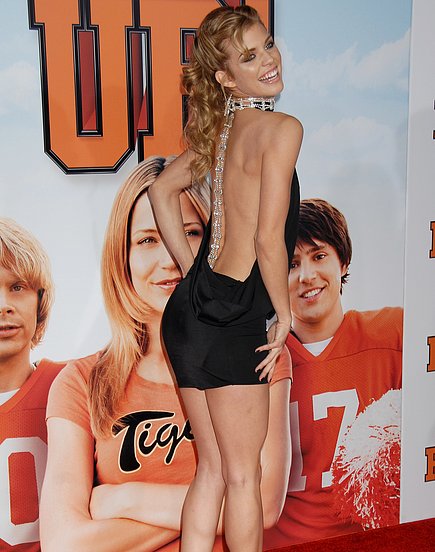