Well knock me over with a feather! AnnaLynne McCord is wearing more than a bikini – sorta. I’ve gotta hand it to the babe. She makes leaving the house with as little clothes on as possible an art form. I’m not hating on the girl for that though. If I had a body like that I’d be showing it off as often as possible too. Here at the Breakthrough of the Year Awards, AnnaLynne shows the world that even when she isn’t clad in a bikini, she can set a room on fire. All eyes were on AnnaLynne and with good reason. She’s a knockout. My only complaint, the girl needs to eat a sandwich or a salad – heck, even a tomato. She’s looking a tad on the skinny side, but other than that, she looks gorgeous. 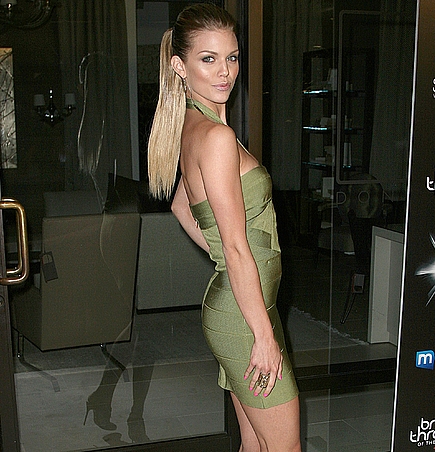