AnnaLynne McCord and Kellan Lutz seem to have worked out their differences nicely and found a common ground. Perhaps the secret was coming to the conclusion they both love AnnaLynne in a bikini and really, who doesn’t? Sure the girl doesn’t seem to own any clothing that wasn’t designed to be worn to a beach, but who would complain about that? It only makes sense that she would choose to celebrate her birthday at Wet Republic. For AnnaLynne McCord, like is a beach and thank heavens for that. Of course Kellan loves her body and that is something Kellan and most of the men in the world have in common. Only difference? Kellan gets to touch that body. Lucky bastard. 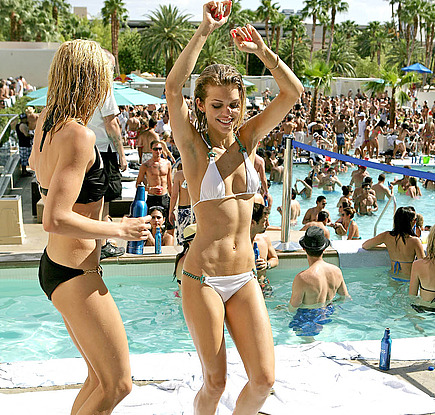