Ashley Tisdale Outside Of Pilates

Here’s an honest treat to the eyes. Ashley Tisdale was spotted with Vanessa Hudgens and Brittany Snow amongst others outside of Pilates. Certainly this group of young celebrities was enjoying some quality bonding moments when they realized they have company and almost made a dash for it. From being oblivion and engaging in conversation, they were seen giggling and trying to cover their faces so no one can get a clean shot. Yes the pictures could have been many instead of far and few in between but we’re not complaining because this is gorgeous spilling out in plenty at least this one time. 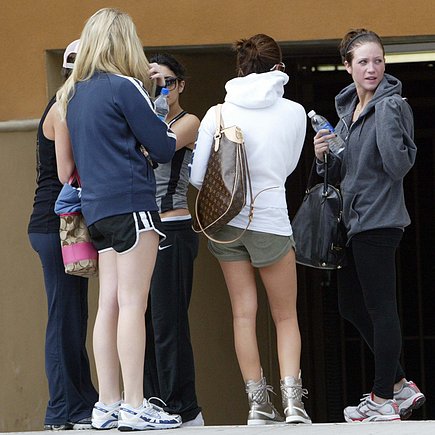