Why don’t more men like women with tattoos? Tattoos aren’t just for men, trashy broads and Angelina Joli. I think there’s something inherently sexy about those wings poking out of Asia Argento’s bikini shorts. In any events, love tattoos or hate them, it’s hard to find anything else to argue about on Asia’s toned and firm body. She has the kind of body men and women everywhere want to have – although perhaps men and women want to have that body in different ways. It’s like the old saying goes, women want to be her and men want to be with her. Argento seems to be firmly aware of that but doesn’t seem to be a bitch about it. I have to admit though; I’m sure she’s given the “We’re better as friends speech” more than once. 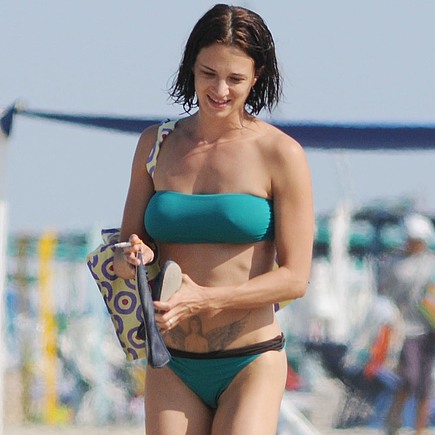