Audrina Patridge And The Ever Present Cameras

I was never a Dancing With the Stars fan and only started watching last season because Brandy was there and I love that girl. Perhaps I picked a bad season to start watching. I loved Audrina Patridge. Granted, I didn’t care much for her before the show, but I thought she was really trying and was a pretty good dancer. Then, as quick as she appeared, she was gone. I was upset. Luckily, the shockingly early dismissal doesn’t seem to have gotten her down for long. Audrina bounced back and now has another reality show. I can’t help but wonder, though – does this girl even remember what it’s like not to have cameras following her all the time. It’s like she’s living a reality show existence, bouncing from one televised event to the next. Hey, keeps her name out there though, so I guess its not such a bad deal after all. Maybe I should have my own reality show too. It can follow me through my day as I write snarky captions about celebrities and feed my cat. Yeah. Maybe I shouldn’t have my own show. 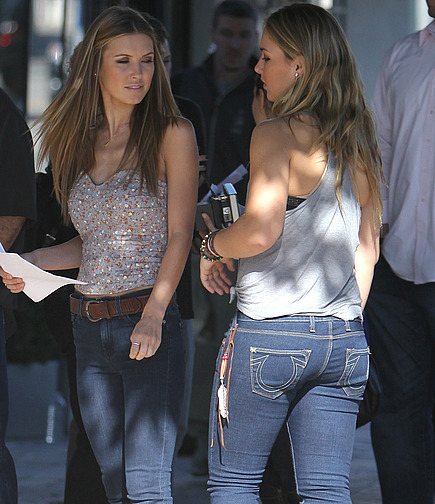