Audrina Patridge Gone Out Of Poise For The Hills

I cannot help but laugh the moment I see the photo of Audrina Patridge in one of the shopping center where she pick up her purse that made her gone out of poise. The beautiful The Hills star was spotted shooting an episode for the MTV reality show The Hills in Hollywood wearing her nice cream sleeveless top and black leggings. The beautiful Ms Patridge was also hanging out with some friends and did visit some shopping centers and probably looking for something new to add up in her wardrobe. Aside from the reality television show, Audrina Patridge also has the upcoming movie “Sorority Row” wherein she is eagerly waiting of its release. 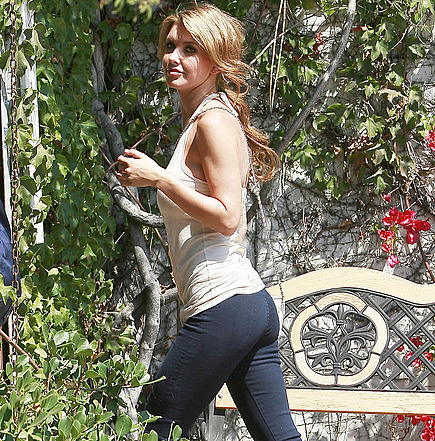