I can’t really decide whether I find Audrina Patridge sexy or not. I mean, she’s more attractive than the average woman on the street, but as far as Hollywood goes, she’s only okay. I still like her for reasons I can’t completely explain. In these pictures from Wet Republic in Las Vegas, Audrina has a sort of wholesome, girl next door sort of look going on and I like that. She also has a gorgeous body which certainly doesn’t hurt. With that said, I write about a lot of girls in bikinis, and Audrina isn’t really doesn’t rank up there with the hottest of the hot. I don’t know. I guess it doesn’t matter in the end. She’s hot. She’s in a bikini. I guess I’m over thinking this one a bit too much. 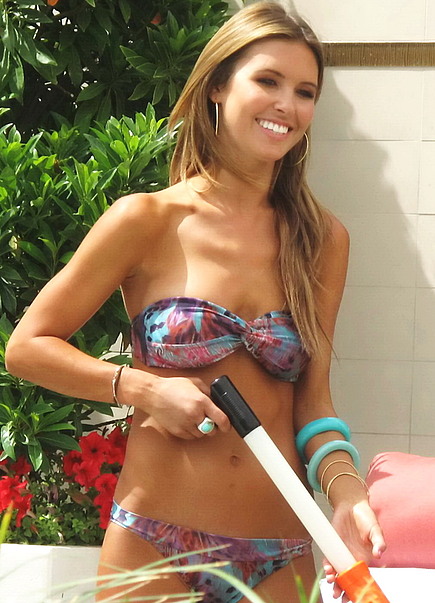