The American hottie was spotted in Venice posing for a Maxim photo shoot. She was spotted by photographers sporting a teasing top and shorts after the shoot. Maxim wanted to shoot the hottie for a long time and what better location than Venice. 24 year old Audrina Patridge is also part of the original cast of The Hills, a reality show by MTV. Audrina has set herself as an actor and a television personality in a short span of time. Very soon Audrina will be seen on her own show called The Audrina Show, a reality program. Currently she is a host on Yobi Tv for The Talent Contest Network. 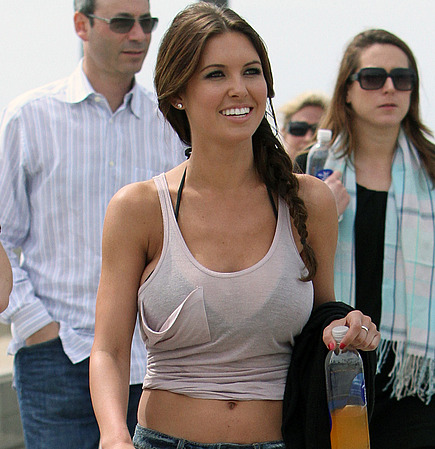