Audrina Patridge was shopping at the Ashley Paige boutique when she decided to try on a brown colored bikini. Patridge looked smashing in her tiny swimsuit. Her figure was well toned and tanned. On Thursday night, Patridge went to the LA Direct magazine 2nd annual “Remember to Give” party. Celebrities swarmed the Les Deux nightclub. Patridge was hired as the hostess of the party but unfortunately, she arrived late and missed out her VIPs. 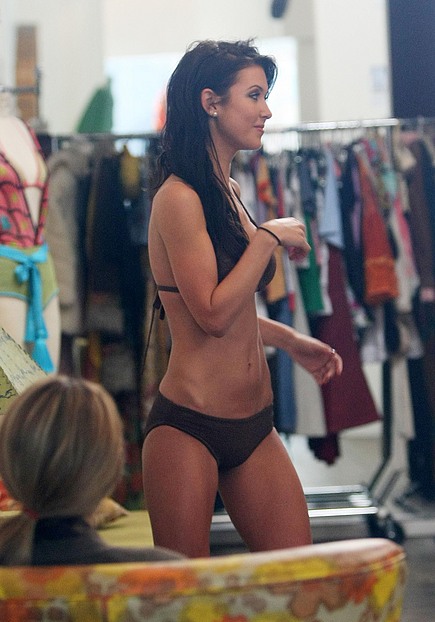