Pop rock singer Avril Lavigne proves that she also deserves to be hailed as a bikini babe as she spotted having an extreme fun soaking up the sun, splashing in the waves, running and playing in one of the beautiful beaches in Malibu. Despite of her getting married, Avril was still able to maintain her beautiful figure and nice abs. Of course, the bling-blings are still there, which I think is already one of her trademarks. After getting married, have not heard more song from her already, and she became less visible, which I’m sure made her fans misses her and her head banging music. 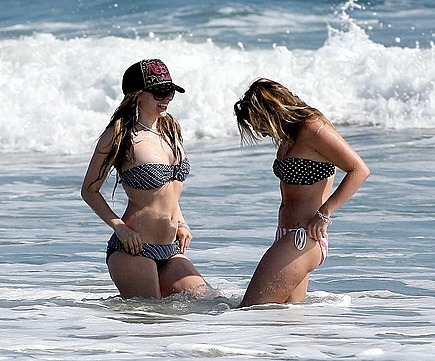