These are great images for all who swear by Kimberly Walshs sexiness. She was seen chilling with her boyfriend Justin Scott and the seemed quite engaged in each other. Kimberly certainly knows how to strike the right pose as is evident in these bikini photos. That cowboy hat didn’t do much for her and that little bulge in the stomach isn’t very appealing either. Guess it’s too much muscle but we’re sure she’s always busy toning herself. Just a matter of time for a little slimming but she doesn’t look out of shape now either, and we’re sure there will be more bikini episodes through the summer. 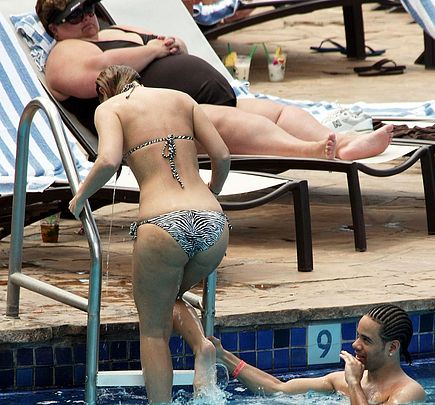