March 2010 edition of Playboy magazine featured Kelly Bensimon in a pictorial. Her body was quite visible in the pictorial; you can’t expect people with clothes on pictorials of a Playboy magazine. Anyways the shocking thing here is recently she has been photographed in a blue flora imprint bikini at her home in Miami, Florida. The body from the recent pictures don’t exactly match the ones from the Playboy pictorial. Maybe Playboy did a lot of Photoshop. Kelly’s body looks as if she has gone through some budget liposuction which is making her body look muscular and lumpy. May be its time for her to be The Real Housewife. 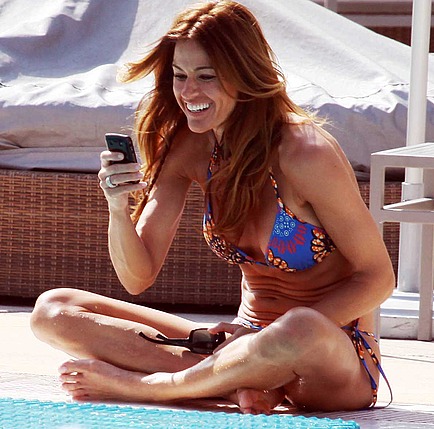