It is a rally of sexy women in their bikini as Lauren Pope and Kellie Acreman are spotted in Miami exposing their sexy bikini bodies. The girls obviously as the right shape and long legs, but the cellulite is very visible making them to look fat. Maybe the girls should tone up a little bit more and they can be more attractive on their bikinis. However, despite cellulite presence, Lauren has nice boob shape making her an eye turner in this bikini outfit that she wore. If you are a big fan of Prince Harry of Whales, Lauren is the mystery girl that the Prince dances with in a nightclub and was being alleged as the Prince’s girlfriend. 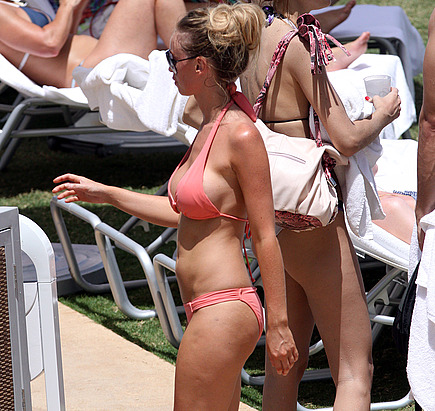