Gossip Girl co- stars, Blake Lively and Penn Badgley was spotted relaxing together on the balcony of their penthouse just before the Miami Super Bowl. Blake Lively was enjoying the Florida sunshine wearing a small string bikini kissing her Gossip girl co-star Penn. There was another of their co-stars, Chace Crawford with the couple, who seen throwing coins into the sea. Later Blake said that she doesn’t do any dieting or exercise to keep her body in shape. The two have been in a relationship since the first time they fell for each other at the sets of Gossip Girl, long back in 2007. 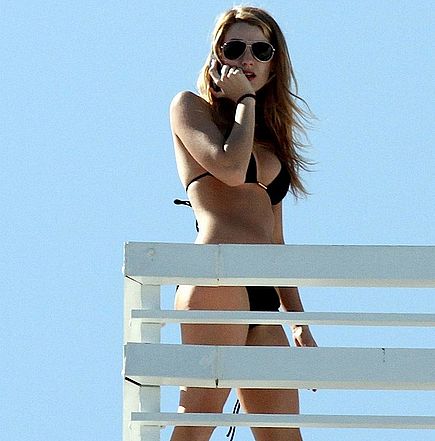