Brandy Gets On With Family Business

Brandy Norwood along with a friend was spotted at the picturesque Canyons, California. Brandy was keeping herself fit by jogging around with her friend. Later, TV crew was spotted accompanying Ms Norwood at the Canyons. The multi talented 31 year old American was sporting a black top, grey tights and a black half cap while getting fit. Her latest venture is a Reality show that will be aired on music channel VH1 from 11th April this year. Brandy along with her sibling Ray J will be hosts of the reality show Family Business. Norwood and Ray J are also working on an album together which will be released later this year. 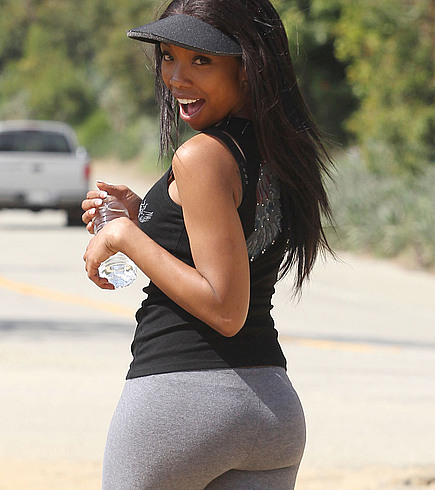