So Britney Spears, right? What a story. She bursts onto the scene at such a young age, takes the world by storm, goes nuts and makes an epic comeback to kind of reclaim her pop princess throne. While she might not be quite the star she once was, she definitely has come further than many people thought she would and I think she’ll only continue to rise from here. Now, with all that said, I have to write about these pictures from the Femme Fatale Tour stop in LA. They have me a little confused, honestly. Are all of this pictures actually Brit-Brit? In some of them, she looks smoking hot. In others (like the first one), um… I don’t know a nice way to say she kind of looks like a man dressed as Britney Spears. I had to rag on her since she’s come such a long way. I’m going to blame the bad shots on bad lighting. 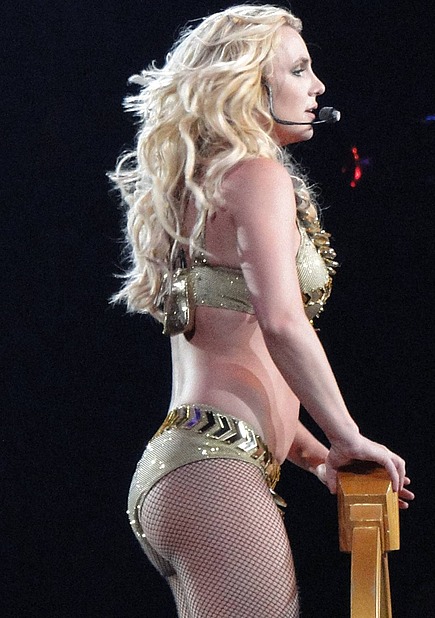