Brooke Burke, the recent winner of Dancing with the Stars, was seen in an elegant, black dress. Recently, Burke visited Las Vegas to host a private party for Intel. Burke was at the LAX in the Luxor. Burke played host by introducing the entertainment for the event. The Counting Crows performed for 90 minutes. In an interview, Burke revealed she was in the process of recovering from injuries sustained during the show, DWTS. Burke said it was a tough experience that was coupled by fun. 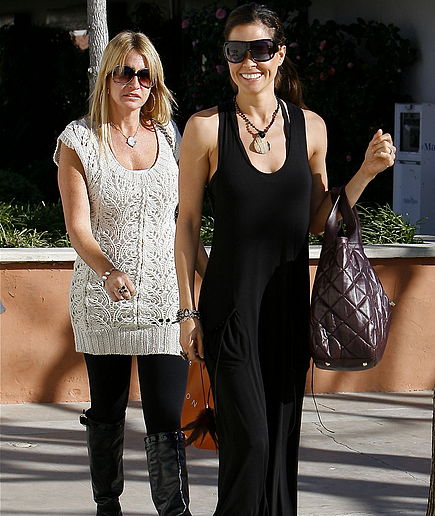