Cara Delevingne Shows Off Her Style In London

Cara Delevingne has been one of those models/actresses I’ve had my eye on over the last little while but haven’t had the opportunity to post about. Until now, that is. Of course, now I can’t just focus on how hot I think she is or how talented I think she is. I have to make mention of the “packet of white powder” debacle several prominent UK tabloids went nuts with last month. For those of you that missed it, basically Cara was being photographed one day and dropped what appeared to be a packet of white powder. She then apparently attempted to conceal it. H&M, a company that often features Cara in their adds, decided to ‘investigate’ the reports although no announcement about what may come of their investigation has been made yet. Of course, you may remember H&M dropped Kate Moss after a similar scandal a few years back but there were differences. Kate was photographed snorting white powder while Cara was photographed dropping it. I’m hoping she gets to keep her job. I’m hoping even more than she hasn’t started down a dangerous path. I really like this girl. These photos from the DKNY Artworks event in London really show why. She’s gorgeous, she’s fun and she has a lot of style. I’d like to see her stick around for the long haul. 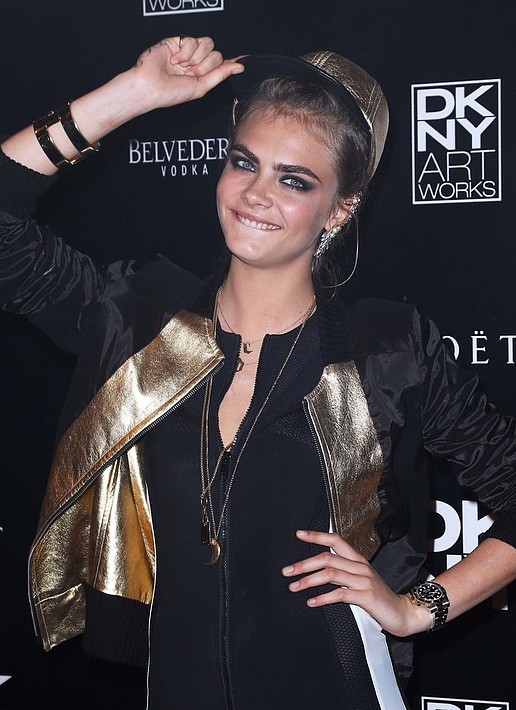 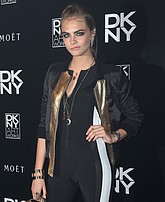 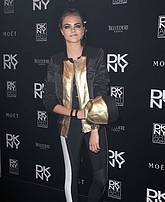 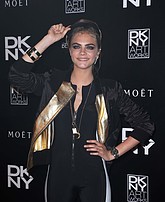 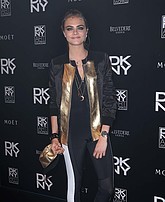