I’m not all that familiar with Cara Santana but I am very familiar with the hunk of man meat she’s attached at the mouth to in these photos taken in Monte Carlo. That sexy young man would be none other than Santana’s fiance, Jesse Metcalfe, also known as one of my biggest celebrity crushes. I have loved Jesse since his time on Desperate Housewives and only fell more in love after watching him on TNT’s super cheesy but still awesome remake (sequel?) of Dallas. I did a dance of joy when TNT picked Dallas up for a third season. I hope the ratings are good and we’ll get a fourth season. Of course, none of that really has anything to do with these photos so why don’t we get back to that. Jesse and Cara are clearly not shy about showing the world how happy they are and I kind of like that. I know a lot of people have problems with PDAs like this one but I think it’s cute. They make such a lovely couple. I really like these photos. I wish nothing but the best for these two. 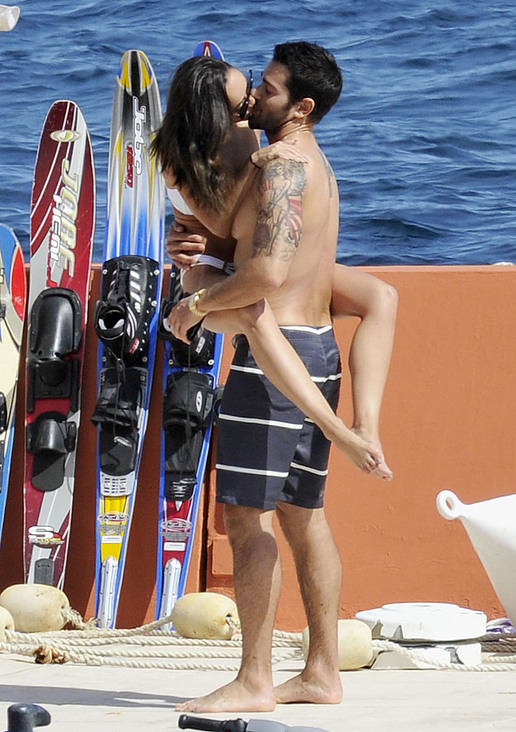 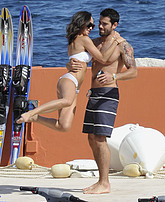 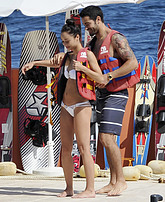 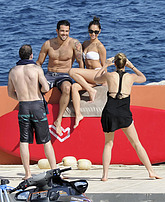 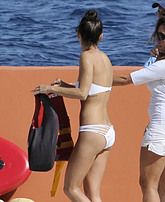 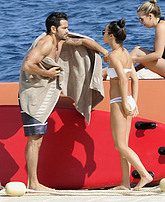 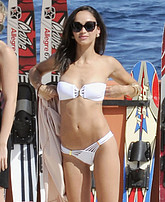 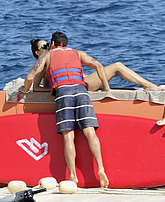 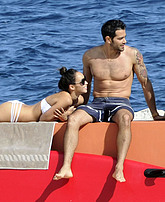 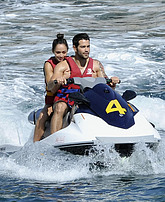 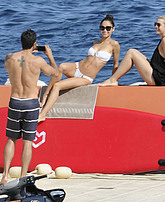 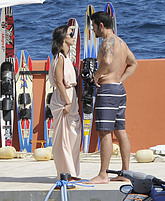