Carrie Underwood one of America’s 4 times Grammy Award winner singers and a member of the Grand Ole Opry had been given a chance to sing the National Anthem at the pregame event at the Miami super bowl last Sunday. Carry Underwood is the only woman along with great musicians like Billy Joel, Diana Ross, and Whitney Houston, etc, who has got this great opportunity of singing the National anthem at the super bowl. Carry along with Queen Latifah were the two performers for the show and held a press conference on the 4th of this month talking about their performance at the pregame show. 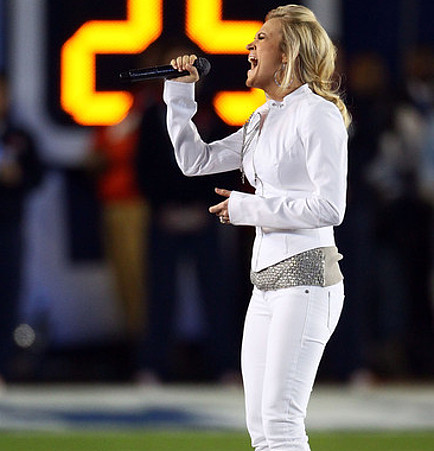