Chloe Sevigny, the hot actress in “Shattered Glass”, spent her New Year vacation at Miami beach, Florida. Chloe Sevigny looked great in her sexy black bikini. Sevigny abandoned herself to the lazy lull of a sunny day as she lounged on her deck chair on the sands. Sevigny will be acting in “Mr. Nice”, which has the plot of a British drug lord. Rhys Ifans, more famously know as Sienna Miller’s ex boyfriend, co-stars with Sevigny here. Sevigny will win some more fans with this movie. 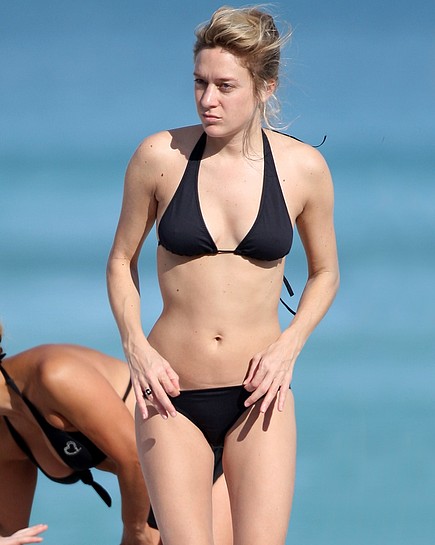