No woman wants to look dull and pale after giving birth to a child, and that is what Christina Aguilera proves as she does sexy poses on in these photos. The white corset made Christina looks like cutie teenage star and her toned legs are visible as well. If you were following Christina since her “Genie in a Bottle” days, you will surely get amazed on how huge her boobs have grown. Nevertheless, it still made her wholesome as what she is like in her early days, and looks even sexier with perfectly shaped boobs around that were being formed presumably after giving birth. 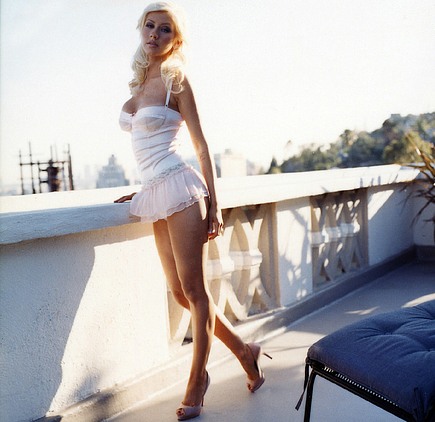