I want to like these pictures. I really do. I want to like them because I love Christina Aguilera. There was a time when I thought she was the one pop star that was really going to go the distance but several albums with low sales figures, I can’t help but think I may have been wrong. Don’t get me wrong, I still love the girl, but I’m starting to get worried she can’t compete with the younger stars. And then comes this performance. Her voice is as great as it always has been, but when pictures come out and immediately start pregnancy rumors, it’s time to worry. I like her fuller figure. It beats the super skinny pop stars we’re used to but what I don’t like is the pounds of makeup. These days, she looks like she’s trying to hard and that’s a sin. She has more vocal talent than most of her competition combined. She needs to let her voice shine and stop relying on theatrics. The other pop stars need all that to compensate for a genuine lack of talent. Christina just doesn’t need it. 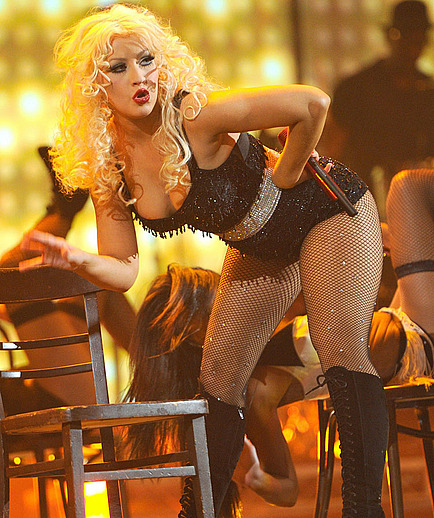