Christina Aguilera is by far one of my favorite pop musicians. Her voice is killer and I think she’s absolutely beautiful. It’s hard to believe this is the same woman from back in the “Dirrrty” days. Yes, there’s more to her than there was back then but I couldn’t care less. Neither could she. This is a woman who owns her body and loves who she is. I love her confidence. This is the kind of woman who can shrug off the criticism her new, fuller figure gets, slip into something short and sexy for Halloween and not just tell the world she doesn’t care what people say but show them as well. So far this year, Christina’s costume is my favorite this year – dramatic, over the top and sexy. This is a woman who knows how to do Halloween. 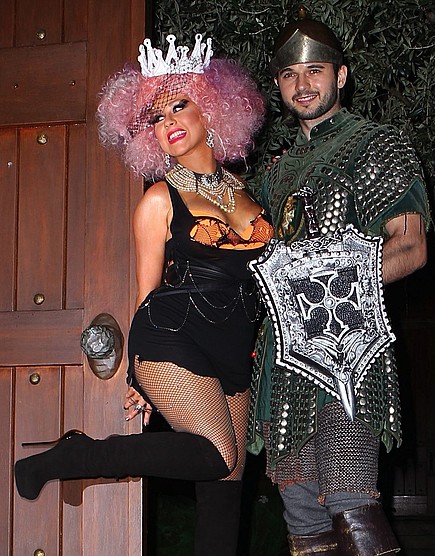