Christina Milian looked beautiful with smoky eyes and a clingy dress that showed her curves to advantage. Her mass of hair was certainly an attention grabber. Do you like her crowing glory? With her striking, printed dress, Milian was no wall flower even as she tried to stick to the ladies for support. 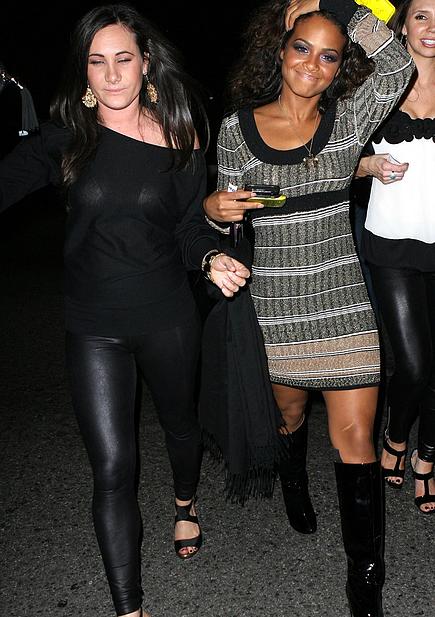