New York was eager after a hot and steamy performance by the R&B star Ciara, who was looking splendid with her black leather top and sexy torn jeans. The performance was a part of the Arise Magazine Fashion Week After Party that was held at the Plaza Hotel in New York City. The night was made special as the 24-year-old diva performed her own old hits, ‘Like a Boy’ and ‘Goodies’. The performance also included latest hits from her 2009 album ‘Fantasy Ride’ which was ‘High Price.’ Ciara really made the cold chilly evening in New York a hot one with her stunning performance. 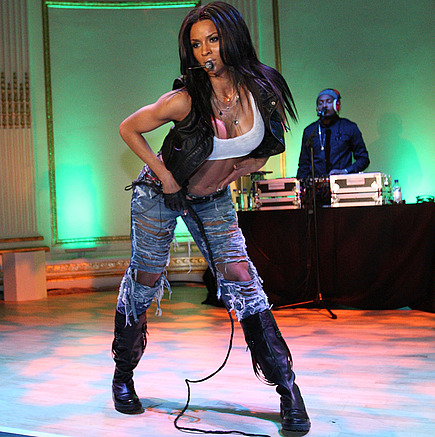