Cindy Taylor Is Gorgeous In White

Until very recently, I had no idea who Cindy Taylor was. I’d seen her face, but I didn’t yet know her name. Like that has changed for me, I think it’s about to change for the world. Someday in the not so distant future, I think the name Cindy Taylor is going to be on a lot of lips. Here in Miami, Florida on October 1st, 2010, Cindy shows off her greatest assets in a tiny bikini with the confidence of models with twice her fame under their belt. Cindy doesn’t seem concerned with being famous. She seems more than happy with where she is in life and I think that’s what will eventually be her greatest strength. Already having bit parts in movies and television, her success is only going to grow as she takes on new mediums. This girl is going places. 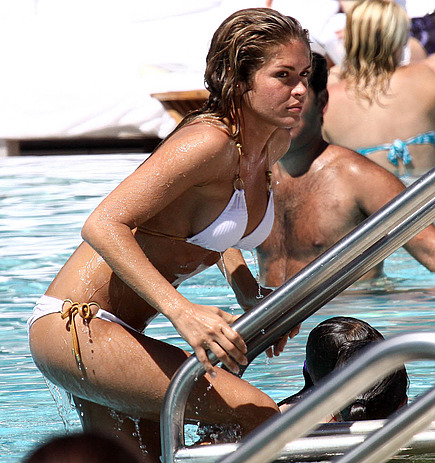