Carmen Electra was Craig Ferguson’s guest on “The Late Late Show”, in Los Angeles. Electra made her promotional appearance to celebrate Playboy’s 55th Anniversary issue. Electra was featured on Playboy’s cover. Electra made a big fuss out of adjusting the top of her strapless dress. Naturally, being the host, Ferguson had to chip in to help and get his feel of the former Baywatch babe. Electra looked as beautiful as when she last posed for Playboy, about 13 years ago. Electra says she would continue to strip for nude photoshoots for as long as she can. We can expect to see more nudity of Carmen Electra in the future. 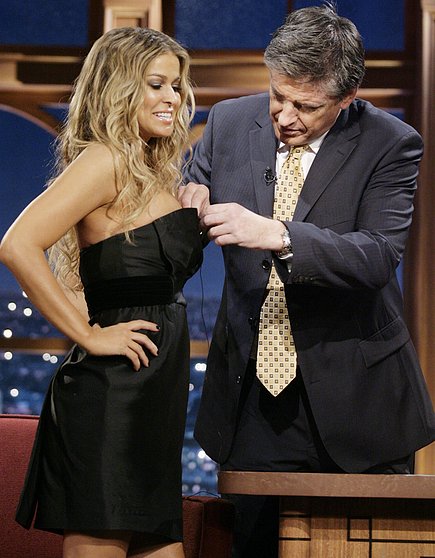