Danielle Lloyd celebrated her 24th birthday at Faces night club, in Essex, UK. Lloyd dressed up as a 17th century hooker and showed off her bust. Lloyd made the theme of her party as a medieval costume party. Lloyd’s guests were all squeezed into fetching costumes. Lloyd was reportedly one of the most attractive looking women in costume as she was well endowed. Lloyd’s birthday actually falls on Dec. 16, which is a weekday. So the early celebration over the weekend gave everyone the opportunity to drink and sleep over the hangover the next day. Happy Birthday, Danielle Lloyd! 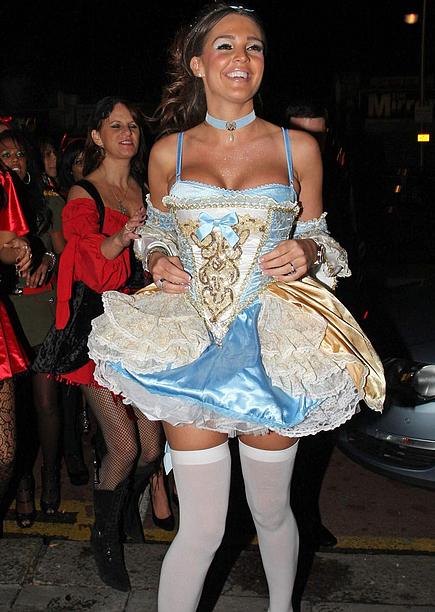