Yup. This happened. It really happened. It’s like I’ve been transported back to my grade school days. When I was seven, my school had a lip sync contest. I dressed up in a little wig and a little neon shorts suit and performed Tiffany’s “I Think We’re Alone Now” as did every other girl in my class. By the time the night was over, I’m sure most of the parents attending never wanted to hear that song again having heard it no less than ten times in two hours. The only non-Tiffany performances from the girls? “Electric Youth” by Debbie Gibson. Now here we are twenty years later and Tiffany and Debbie Gibson have teamed up to… well, I’m not sure I know what they’ve teamed up to do. Neither of them is particularly attractive anymore, but hey, pretty cool to see them on Good Morning America all the same. Kind of. 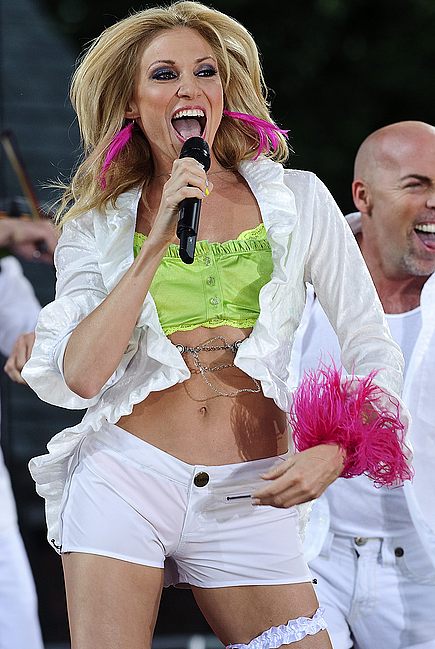