Amanda Bynes chose a man’s man, Doug Reinhardt, for her boyfriend. Bynes said in an interview that she had no inclination for pretty boys like Chace Crawford. So we see Bynes’ choice in Reinhardt. On Wednesday, Bynes and Reinhardt went for some manly activity like watching the Los Angeles Lakers lay against the Phoenix Suns. The good looking couple was seen having a good time at the Staples Center in L.A. Reinhardt held hands with Bynes in a lovey-dovey way. 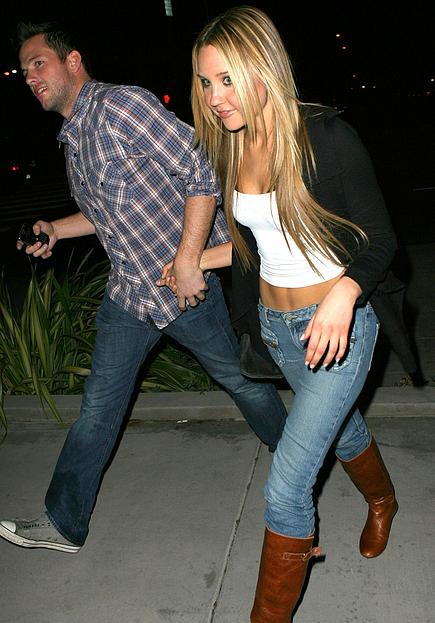