You don’t hear much about Elisha Cuthbert these days and that’s really a shame. I’ve been a fan since way back in her “Popular Mechanics” days. I was such a big fan, in fact, that when she showed up all sexy and seductive in magazine shoots around the time she started getting attention for her work on “24”, I was shocked it was the same girl. She had always been so sweet and innocent. To this day, one of my favorite celebrity portraits of all time is of Elisha with Mila Kunis with both clad in only bikinis. Lovely picture. Anywho, things really started changing for Elisha after 24. She’s done a lot of film work in movies such as “Captivity” but she’s never really made the impact I expected her to make. Here in leaving her apartment in New York, the 28-year-old actress still looks as pretty as ever. It’s nice to see new photos of her. I hope to see more of her on the big screen soon although I do have to admit, I’m enjoying what I’ve seen of her on “Happy Endings”. 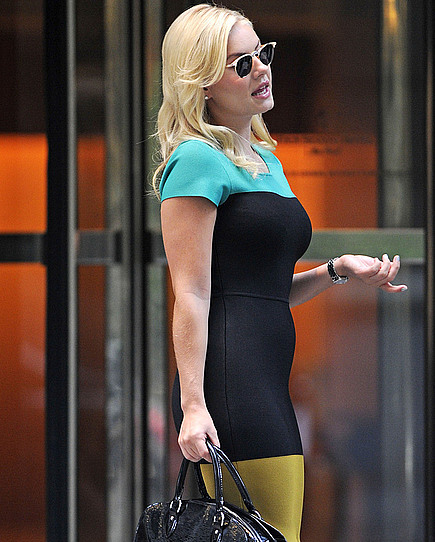