Erin Andrews Enjoys A Little Time In The Sun

It’s hard to see Erin Andrews without thinking about the massive “peeping tom” scandal that brought her to the attention of the general public. While she had some level of fame before someone filmed her walking around naked in her hotel room without her knowledge, that invasion of privacy really put her name on the map to those who aren’t big sports buffs (like myself, for example). Even so, in the years that have followed, Erin has really tried hard to distance herself from that scandal while still staying relevant. I think she’s done a great job. Here in Miami, she doesn’t seem terribly worried that one chapter of her career is ending, probably because she knows it just means a new chapter is just beginning. 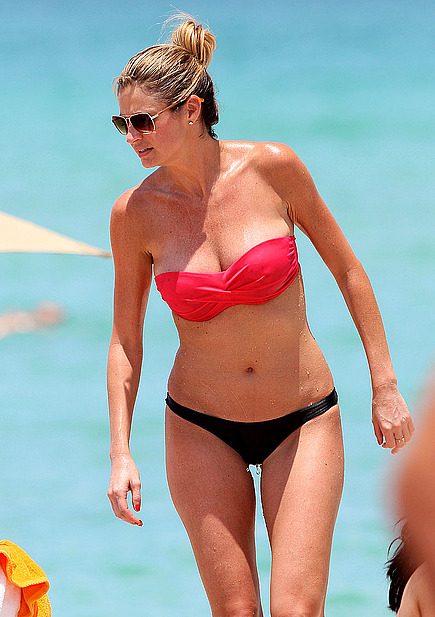