Erin Heatherton is simply adorable in the way that all girls who know they’re hot but pretend they don’t are adorable. With her recent work for Victoria’s Secret, strutting her stuff on the runway for Victoria’s fashion show in 2008 and 2009 then making the leap to the pages of Victoria’s Secret’s SWIM catalog in 2010, Erin is really starting to make her way to becoming a household name and it’s really no wonder. She’s ‘girl next door’ beautiful. She looks like the kind of girl that’s down to earth and likes hanging out with the boys on the weekend sipping coolers. I mean, she probably isn’t, but that’s the sort of laid back attitude she presents and, as everyone knows, in modeling, that’s what matters – that and having a hot body. Lucky for her, she has both. 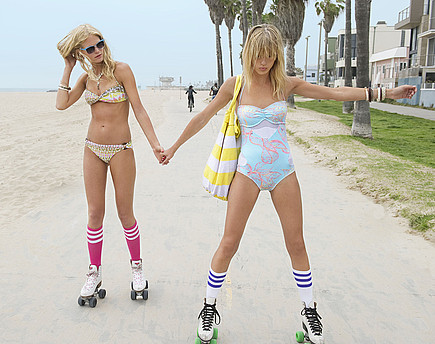