Eva Mendes starred with Meg Ryan in “The Women.” This movie has been released as a DVD. “The Women” is about the friendships with other women. This is a remake of the original 1993 film. The plot has been described as similar to “Sex In The City.” Meg Ryan played Mary Haines, the traditional wife in Connecticut. Eva Mendes played a party girl in New York, who entertains Mary Haines’ husband. Eva Mendes looked beautiful in her sexy lingerie on the set of “The Women.” 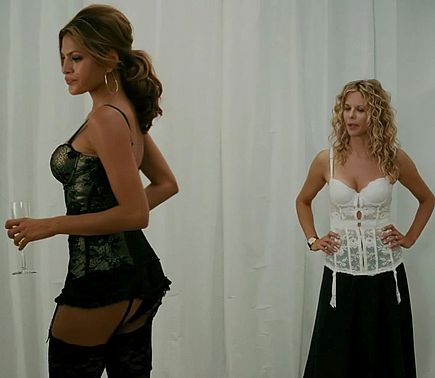