Gemma Atkinson And Her Many Faces

Check out these pretty interesting photos of Gemma Atkinson. I wonder who thought of this concept for the photo shoot? Because, really, is there a girl out there who reads the newspaper in a blue bikini? What about a girl who wears teensy weensy lingerie and red high heels to boot while drinking milk shake? Well I guess these photos are just but natural for Gemma, who’s best known as a lingerie model. Gemma, a Bury, Greater Manchester native, is also an English actress and TV personality. 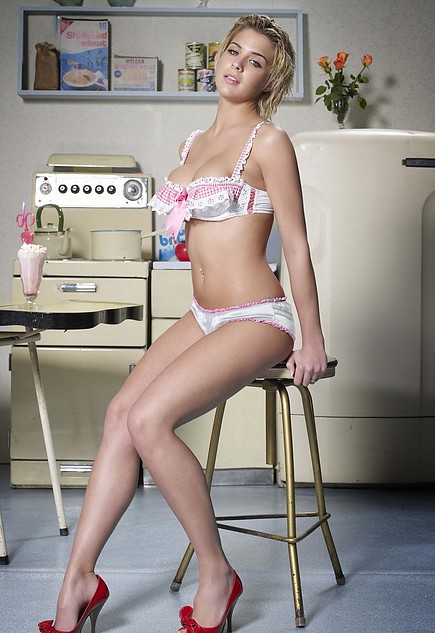